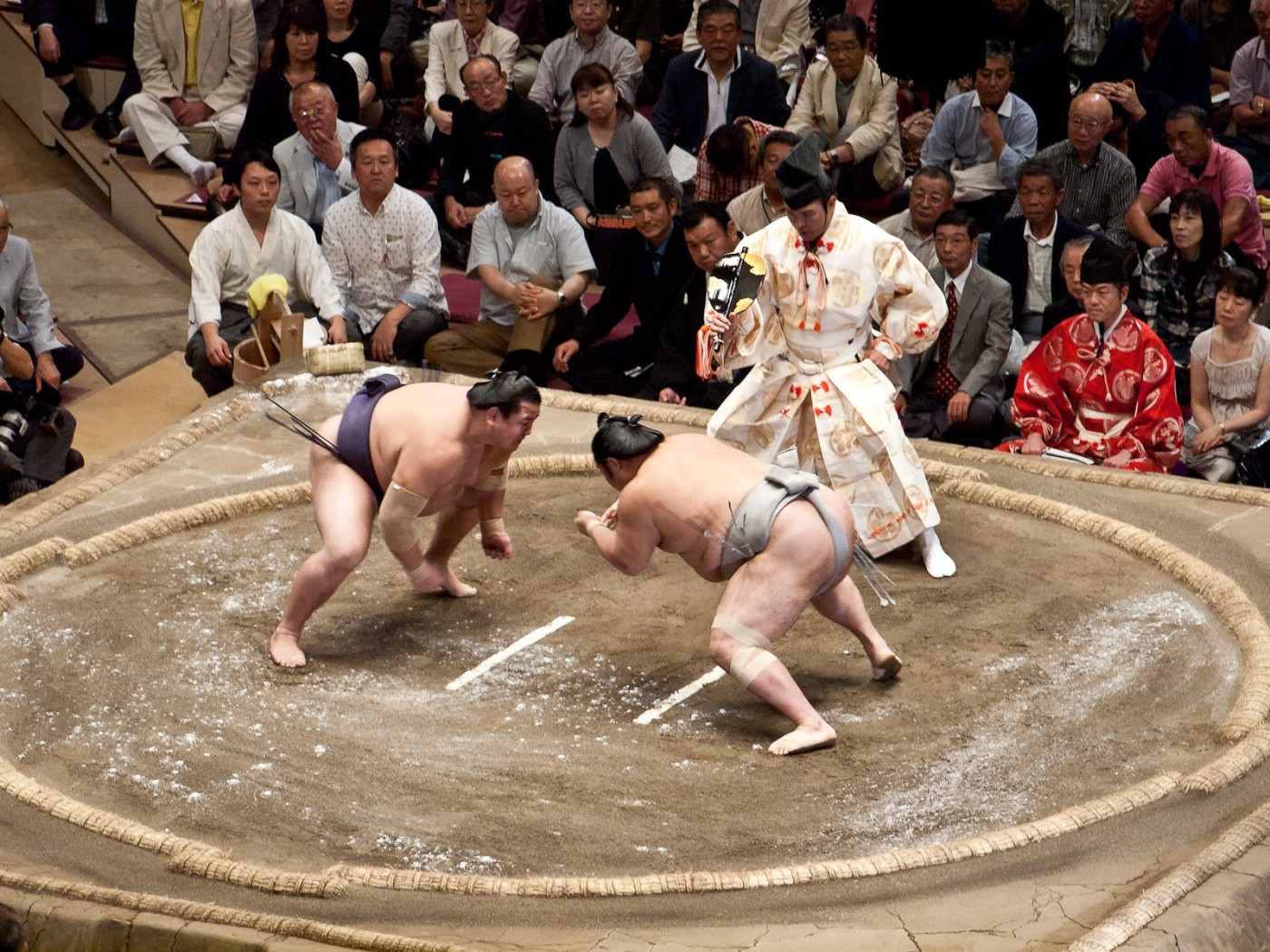 If there wasn’t an unexpected pandemic that dramatically changed every aspect of our lives, we could have already started enjoying the exciting events of 2020 Summer Olympics that were supposed to be held in Tokyo between 24 July and 9 August.Since its first participation at the Olympic Games in 1912, Japan has been a major player and achieved success in several sports such as Judo, swimming and gymnastics. Apart from those, Japanese women’s wrestling team dominated almost every weight class in the 2016 Rio Olympics, absolutely breaking the stereotype of petite Asian women heard in western society, and in the meantime, demonstrating a profound tradition of cultivating professional wrestlers in Japan.

What’s the national sport of Japan? The most probable answer you’d get is Sumo(相撲,literally means “striking one another”), that originated from Shinto ritual dances performed in religious ceremonies and later gained popularity with courts during the Heian Period.In this game, a rikishi (wrestler) must attempt to force his opponent out of a circular ring (土俵,dohyō) or into touching the ground with any body part other than the soles of his feet (usually by throwing, shoving or pushing him down), whilst in Olympic wrestling, two opponents attempt to subdue each other in bare-handed grappling using techniques of leverage, holding, and pressure points.Indeed, a Sumo match might seem strange,even hilarious for a layman to watch. However, it’s a serious business that is definitely more than two fat guys slamming into each other.

According to the Wikipedia, Life as a wrestler is highly regimented, with rules regulated by the Japan Sumo Association. Most sumo wrestlers are required to live in communal sumo training stables, where all aspects of their daily lives—from meals to their manner of dress—are dictated by strict tradition. They are expected to control their demeanour and personality in public, endure systematic hazing and physical punishment and even not allowed to drive a car after a serious car accident involving a sumo wrestler.Just like every other sport in Japan, Sudo is a strict hierarchy that is divided into six ranked divisions. Wrestlers are promoted and demoted within and between these divisions based on the merit of their win/loss records in official tournaments.The highest rank, known as Yokozuna(横綱, literally means “horizontal rope”), is awarded only to 72 people throughout the history, with only 16 of them still living.

Interestingly, there are already no Japanese Yokozuna holders that remain active at the moment. Despite having imposed restrictions on the number of foreigners living in stables, Japanese wrestlers have been facing great challenges from Mongolia, where wrestling (Bökh) has been considered the most important of the Mongolian culture’s historic “Three Manly Skills” from the age of Genghis Khan. Unlike Japanese sumo, there is no ring, thus wrestling matches are held in the open on a grassy field, or on bare dirt.There are neither weight classes, age limits, or time limits in a match during the Mongolian Nadaam (a national competition that takes place every July), therefore every man is encouraged to take part in it.In comparison to the heavy Sumo wrestlers, Mongolian wrestlers are much leaner to fit into the rulesets that require a more athletic physique as the goal of the match is to get the opponent’s upper body, knee or elbow to touch the ground. With their amazing hereditary talents, Mongolians won 56.of 58 professional Sumo tournaments in Japan from 2006 to 2016.

Nevertheless, Mongolians are not the only “foreign conquerers”of Sumo titles.Sumo practictioners come from various countries in Eastern Europe and Central Asia, where traditional wrestling cultures have been developed uniquely and independently.Some of them succeeded in attaining ōzeki (大関), or champion rank, that is immediately below Yokozuna in the ranking system, such as the Bulgarian Kotooshu, made history by becoming the first European sumo wrestler to win an Emperor’s Cup in 2008 and later obtained Japanese citizenship in 2014. Another prominent European ōzeki is Levan Gorgadze, known as Tochinoshin, who suffered from homesickness and had to deal with his grandmother being killed and his father seriously injured in an accident in his early days in Japan .In his homeland Georgia, traditional wrestling called “Chidaoba”is also a UNESCO Intangible Heritage, whose rules allow grappling above the waist, while grapple below the waist is prohibited. It has gradually become a spectacular sport in Georgia, making it a complex phenomenon that combines elements of wrestling, music, dance and special garments (‘chokha’).

Taking advantage of the Tokyo Olympic Games, The Japan Sumo Association had also planned to hold a special Grand Sumo event at the Ryogoku Kokugikan Sumo Arena (The mecca of Sumo) in August to bring more attention to the traditional Japanese sport.At the moment, Sumo has been granted full recognition by the International Olympic Committee, and might appear in the Games one day, in spite of the recent controversies over scandals of wrestlers and criticism over the exclusion of females in the sport.However, there are yet still too few countries practicing the sport to meet Olympic standards,as a result,when Sumo will be able to make its debut in Olympic Games remains unknown.